One box of Medicardium, Xeneplex, Glytamins, Endosterol and one bottle of Lymplex & Ellagica taken as follows:

One Lymplex & Ellagica capsule with each meal (3 total for the day)  and one Glytamins suppository sometime during the day or at night.

One Lymplex & Ellagica capsule with each meal (3 total for the day)  and one Xeneplex suppository sometime during the day or at night. 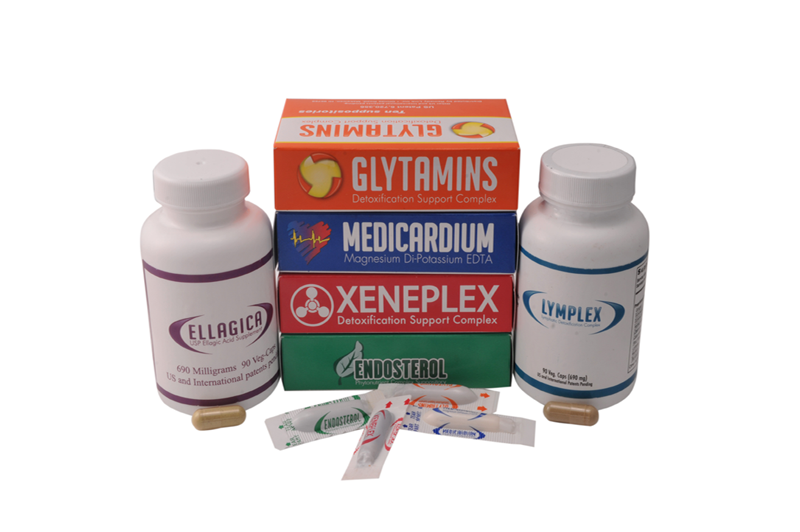 Cycling through like this will give you our standard 30 day cleanse. If you are also taking Ellagica, you would take it along with the Lymplex capsules one per meal for 30 days.

At the end of the 30 days, you should notice an increase in your health. After this first cleanse, depending on your needs, you can continue with individual products as needed.

As an example, someone wishing to detoxify mercury from dental fillings might use another two boxes of Medicardium for months two and three taking one suppository every third day.

Another example would be someone who specifically wanted to detoxify chemicals would instead use two boxes of Xeneplex for months two and three taking one suppository every third day, etc. There is no hard and fast rule as to how long to take these products. It depends on the level of a persons toxic exposure.

We recommend the basic detoxification protocol every 3 to 12 months depending on the level of toxic exposure.

As an example, a person living in a city with city air, or someone who commutes for more than an hour a day or someone whose workplace is toxic might do a basic detoxification protocol every change of seasons.

A person who lives in a small town with the occasional pesticide spraying of crops in the distance and city water might do a basic detoxification protocol every 6 months.

A person who lives in a small town who raises and eats their own food and lives close to nature might only do the basic detoxification protocol once a year.

We recommend one box of Medicardium every month (every third day) until proper circulation is restored.

We recommend alternating Medicardium and Endosterol suppositories every night for two months and then reassess.

We recommend alternating Xeneplex and Glytamins every night for 30 days.

As animals age, calcium accumulates in the soft tissue. The chart below shows the exponential accumulation of calcium in the control animals (In this study, Rotifers*), as compared with the same animals treated with calcium free chelators. In this study, the control animals died at day 9 with calcium scores above 1,000. At day 15, the chelated animals were still alive and had physiological ages and behaviors of animals less than half their age.

We as humans also accumulate calcium along an exponential curve. As such, when using Medicardium for Anti-aging, you may wish to consider an increasing maintenance dose with age.

Any acute symptoms that a client experiences are most likely caused by hypocalcemia. 10 is considered a perfect calcium score on a blood chemistry but many people have calcium levels of 9.2 or lower. Since calcium free EDTA will temporarily lower blood calcium, people who are low in calcium to begin with will go to even lower levels and symptoms of their calcium deficiency will manifest. Consider giving them two teaspoons of calcium in a glass of water immediately and 1 teaspoon 12 hours before and after any other Medicardium usage. If a client experiences fatigue, consider adding calcium, zinc, chromium, manganese and cobalt in supplemental form. Hypocalcemia can be experienced as leg cramps or changes in heart rhythm.

Medicardium is a salt, and like any salt, if placed on an open cut it will sting. As such, Medicardium should not be used if a person has active hemorrhoids. Medicardium should be coated with Vaseline before use. Another option is to take another suppository first, wait 5 minutes then take Medicardium. The cocoa butter from the other suppository will coat the colon and help if stinging is present. Many people have hemorrhoids without knowing it. If medicardium is causing stinging that lasts for more than a few minutes, cease taking it for a few days to let the area heal.

People suffering from MCS (Multiple Chemical Sensitivities) have been immensely helped by Xeneplex. Having said that, the first week after taking one Xeneplex suppository can be very hard for people with MCS. Know that the reaction will stop usually within 7 day. Then, take another suppository. The reaction should be much milder and shorter. Keep taking Xeneplex until you no longer get any difficult reaction and you will see incredible improvements in your MCS.

Clients will rarely see gallstones come out whole, but rather see them in their dissolved form as black or green slime in the stool. Reports of kidney stones being expelled are rare but do exist. Symptoms of intense detoxing including but not limited to fever, fatigue and feeling a sense of heat, dryness and squeezing near the liver. If any of these symptoms appear, stop taking Glytamins until symptoms are clear, then try again at less frequent intervals. Clients with low cholesterol (<160) may have bile deficiencies. You can give them 2 raw egg yolks a day to help rebuild their bile and cholesterol production. 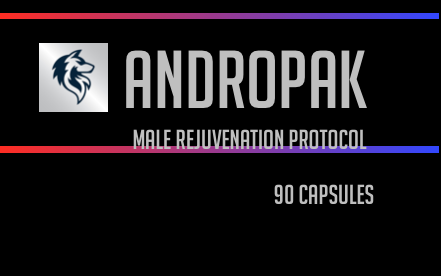 Call, Email or Fill out the form Below for a Free Consultation,
Information or any Customer Service Questions you Have.